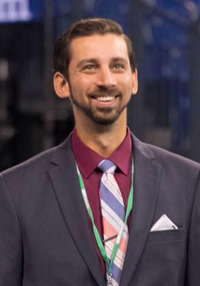 Mr. Jon Carney is the Director of Bands at New Palestine High School, overseeing all aspects of the NPHS Instrumental Program. Entering his twelfth year of teaching this year, Mr. Carney previously taught nine years in Beech Grove Schools and two years at Clifford Pierce Middle School, serving as Assistant Band Director at both locations. Prior to teaching, Mr. Carney marched Contra with the Phantom Regiment Drum and Bugle Corps for two years and attended Indiana State University, earning his Bachelor’s in Music Education, and the University of Illinois, earning his Master’s in Tuba Performance and Literature. Mr. Carney has had the opportunity to perform with professional symphony orchestras and brass chamber ensembles in Indiana and Illinois, has performed in Chicago’s Orchestra Hall with the University of Illinois Wind Symphony, and was lucky enough to spend two weeks in Spain performing chamber music while attending the University of Illinois. When he’s not at school, Mr. Carney enjoys spending time with his wife, Courtney, and two wonderful kids, Jackson and Harper. 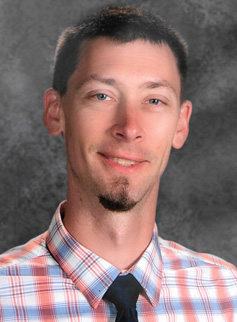 Mr. Drew Wilson is the Director of Bands at New Palestine Junior High and also works with the NPHS Marching Dragons. Mr. Wilson has taught at Pike Central HS, Southport HS and 6th Grade Academy as well as Perry Meridian MS and 6th Grade Academy. He has also taught marching bands throughout the state of Indiana for the last twenty years including the last 11 at New Palestine HS. The 2019-2020 school year will be Mr. Wilson’s sixteenth year in the classroom and third year at New Palestine Junior High. NPJH offers students the opportunity to develop musical skills in 7th Grade Beginning Band and 8th Grade Band, along with extra-curricular Jazz Ensemble and Pep Band. The bands at NPJH are consistently awarded Gold ratings at ISSMA Organizational Contests.

Mr. Wilson is a graduate of Indiana State University where he was active in the trumpet studio under Dr. Dalvin Boone. He also played in various ensembles under the batons of Dr. John Boyd, Mr. Doug Keiser, and Dr. Eugene Bechen. 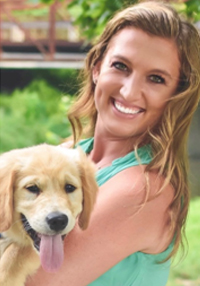 Miss Kelly Piacenti serves as the New Palestine Color Guard Director. Kelly has been with the program for 2 years and comes to us with over 10 years of experience in the activity. Prior to teaching at New Pal, she has taught at Zionsville H.S., Greenfield Central H.S., and the Boston Crusaders Drum and Bugle Corps. Her marching experience includes Marian Catholic H.S. World from 2007-2011, Purdue University Winter Guard ‘11-‘15, and the Boston Crusaders Drum and Bugle Corps ‘13 and ‘14. A side from performing in the DCI and WGI circuit, she has had the opportunity to perform in the Macy’s Day Parade, the Rose Bowl Parade, and the St. Patrick’s Day Parade in Dublin, Ireland. As director, Kelly plans to continue leading the group to achieve excellence on and off the field and grow the membership in the program. In her time outside of teaching, Kelly works full time as a commercial real estate property manager. She enjoys cooking, trail running, and traveling domestically & abroad. 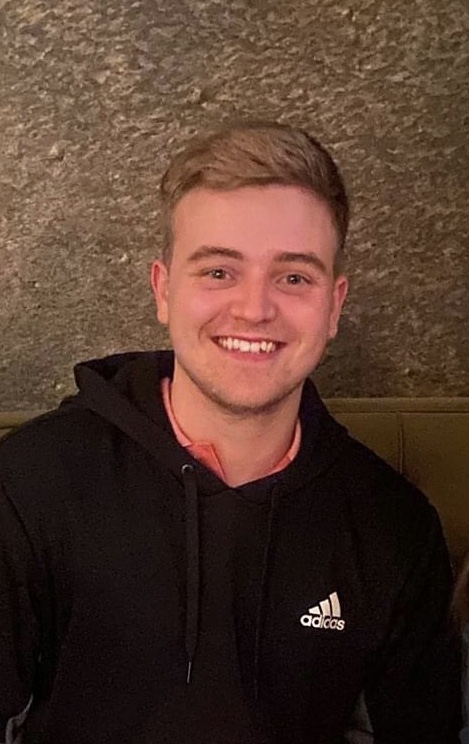 Mr. Justin Madren is the New Palestine Percussion Director for both The Jr. High and High School.  He attended Ivy Tech Community College, and also Indiana State University. Justin has been with the program since the fall of 2021. He has many things to offer with this experience in the marching activity and teaching. Prior to landing at New Pal, he taught at Vincennes Lincoln H.S. and Greenfield Central H.S. Justin has experience marching in WGI with Legacy Indoor Percussion and Veritas Indoor Percussion.  As the Percussion Director, Justin plans to grow the program with confidence & to make the atmosphere as enjoyable as possible. He wants the kids to want and desire to be in the program because they have a love for it. Justin soon hopes to push his percussion section to a world class competition level in the future. On the side of teaching percussion, Justin is an audio engineer and a music producer for many artists around the world.